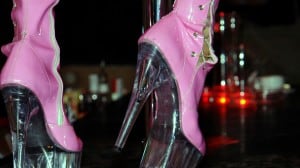 Recognizing Houston is a hub for human trafficking, the City and 16 area topless clubs have entered into a novel settlement agreement aimed at addressing this heinous crime, ending litigation dating back to 1997 when City Council imposed new regulations on sexually-oriented businesses.

“In the 16 years since City Council acted, no original clubs have closed and new clubs choosing to ignore our regulations have grown in number,” said Mayor Parker. “Establishing a working relationship with these 16 clubs will assist law enforcement in reducing criminal activity, help us combat human trafficking and, hopefully, allow us to focus police resources on the rogue clubs. This settlement allows us to address the problem head on in a meaningful way with funding and staff.”

The 16 clubs will annually contribute more than one million dollars to a Human Trafficking Abatement Fund. The funds will be used to create and staff a human trafficking unit within the Vice Division of the Houston Police Department. In addition to contributing monies, these clubs must institute and adhere to certain restrictions and policies to aid in combatting human trafficking. For example:

In return, the City has agreed to allow these 16 clubs to continue operating at their same locations in much the same manner as they did prior to the 1997 ordinance. While topless entertainment and table dances will be allowed again, laws against public lewdness, prostitution, indecent exposure and narcotics offenses will continue to be strictly enforced. Arrests for these offenses are grounds for terminating a club from participating in this agreement.

This agreement applies only to these 16 grandfathered clubs. Any other club offering sexually-oriented entertainment must still comply with the 1997 ordinance and all other regulatory provisions.